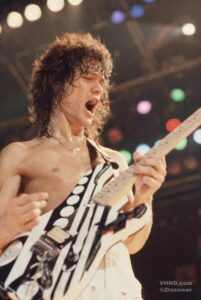 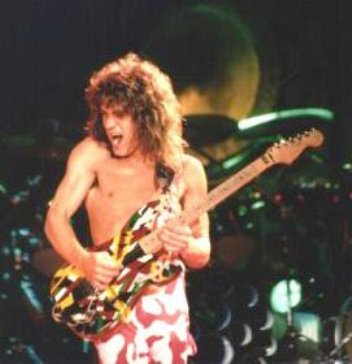 The Unchained guitar, now repainted and called the “Rasta” during the 1982 Diver Down tour.

The “Unchained” guitar, also called “Circles” guitar due to Fender releasing it via their striped series and calling it such (but it’s historically just been called the Unchained guitar until recent years) is one of Ed’s more iconic guitars used during the 1981 Fair Warning tour.  The “Unchained” name procured due to Ed specifically using it for the song of the same name, mainly due to the song requiring drop D tuning.  It’s also called the “See Ya” guitar due to Ed having the phrase on the back of the guitar in 1981.

In 1982, Ed repainted the guitar into what is known as the “Rasta” guitar.  Although it’s the same guitar, the dramatic paint difference often creates confusion on them being two separate guitars, which they are not.

Above shows an exciting rendition of “Unchained” during the 1981 Fair Warning tour. 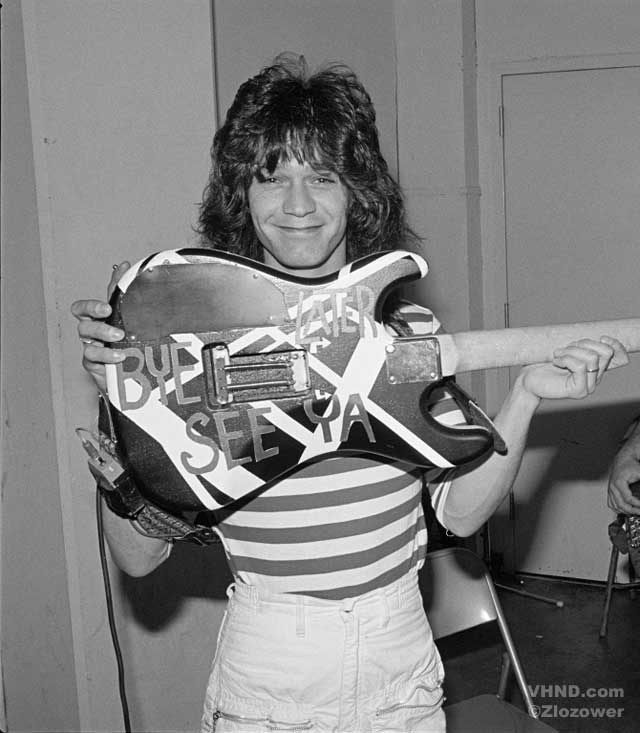 Ed showing the “Bye See Ya Later” phrase on back of the guitar, which resulted in the guitar also being called the “See Ya” guitar.

The guitar initially featured a Boogie Bodies body and the same tele/square-heel Boogie Bodies neck also seen on the Frankenstrat.  It was one of Ed’s earlier guitars to also feature the Floyd Rose FRT-1 model.  It most likely featured a Dimarzio Super Distortion for the pickup. 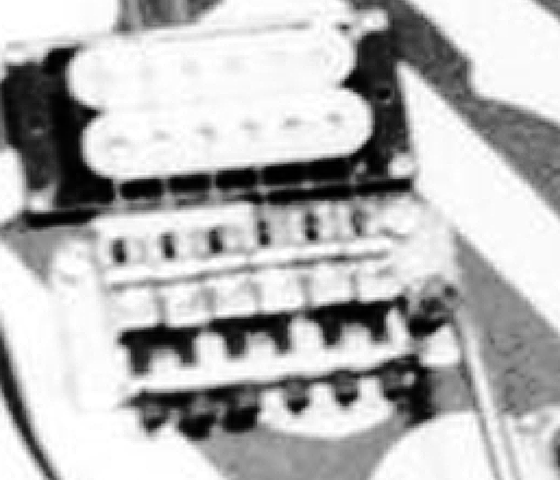 Floyd Rose FRT-1, above, on the Unchained guitar in 1981 while sitting next to many of his other iconic guitar also with the FRT-1 (Frankenstrat, RUDE). 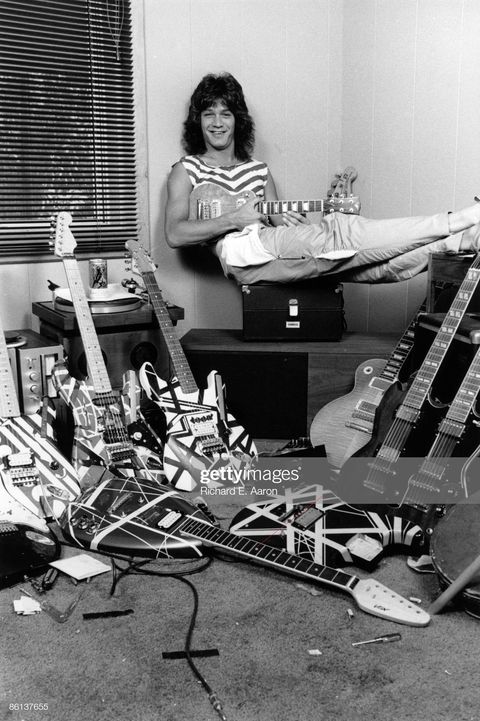 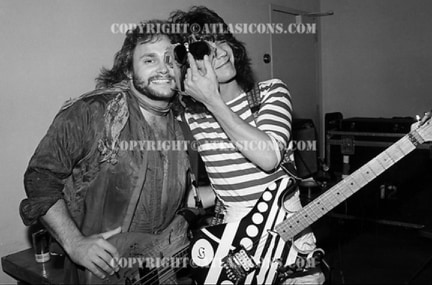 More photos of Ed backstage with the Unchained guitar. 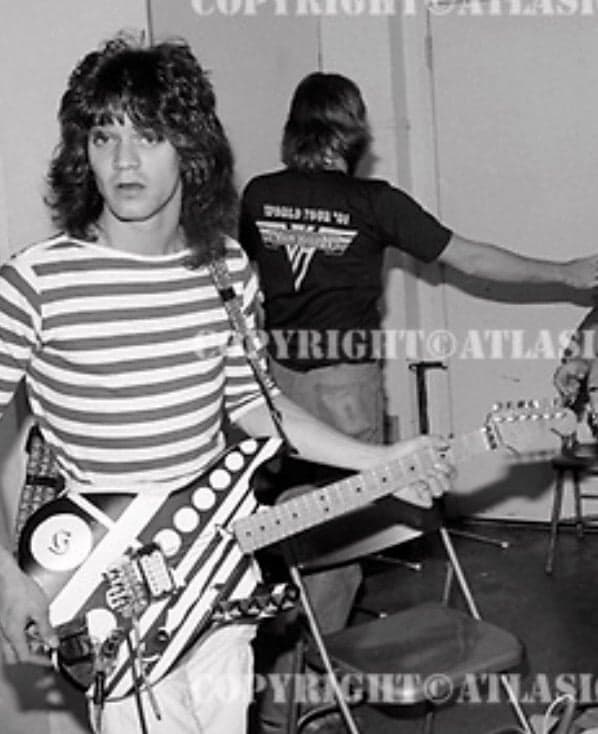 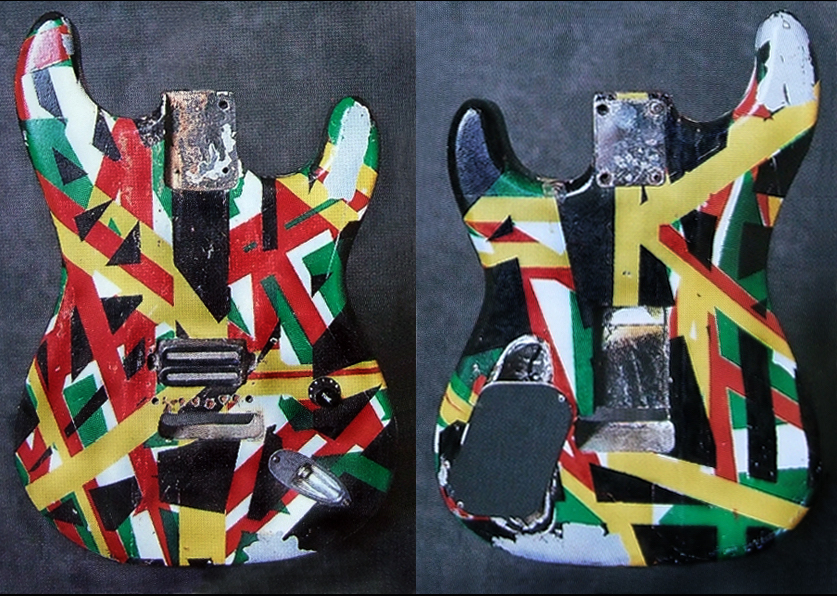 At some point during the 1982 Diver Down tour, the guitar body would be repainted and turned into the “Rasta.”  The guitar interestingly enough featured an extremely rare prototype no-logo FRT-5 tremolo while on tour. 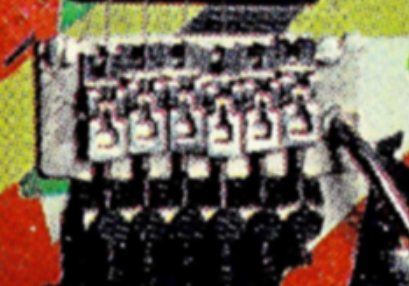 Rasta, backstage during Diver Down tour. 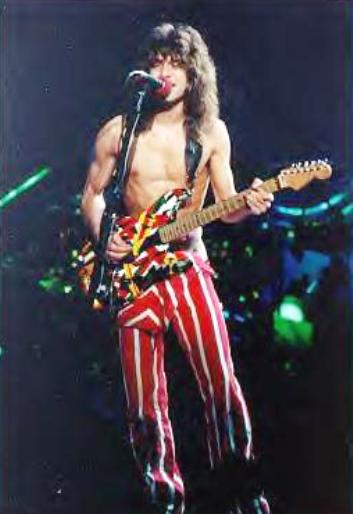 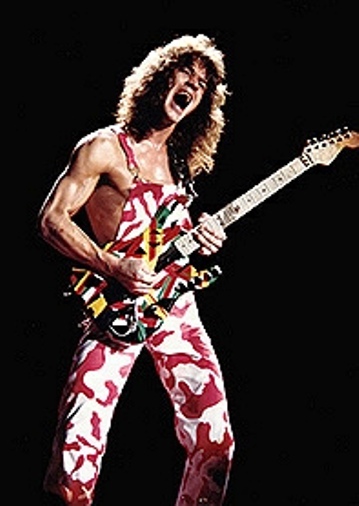 Above are supposedly the only known photos of Ed playing the Rasta during the 1982 Diver Down tour.

Dissembled, Given to Dweezil Zappa

Ed disassembled the guitar, had it in storage for mulitple years, and then eventually gave it to Dweezil Zappa, one of his good friends, while Dweezil was visiting Ed.  When Dweezil inquired about the Rasta body laying around, Ed asked if Dweezil wanted it, to which Dweezil accepted.

Above you see Ed with the Rasta guitar during the “Panama” music video outtakes.  In the video, you see a roadie hilariously throwing a guitar case into Ed’s room, to which he looks confused while holding (and dropping) the Rasta guitar with it’s neck unbolted.

Dweezil Zappa discussing the story on how he acquired the Rasta (Unchained) guitar.