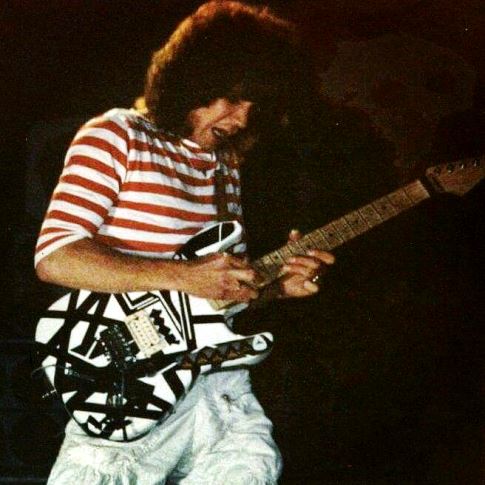 The EVH RUDE guitar was one of two ‘Drop D’ backup guitars used on the Fair Warning tour, the other of which being the ‘Unchained’.

Both of these guitars were 2″ thick Mahogany bodies made by Lynn Ellsworth. The term ‘RUDE’, which is painted in the neck pocket, is a reference to Ed’s childhood friend and then guitar tech, Rudy Leiren. It is speculated that Rudy may have had some involvement in the painting or assembly of this guitar in order to earn his name on it, though this is unconfirmed.

The existence of a ‘Drop D backup’ at this time was necessary, as Floyd Rose had yet to develop a fine-tuning mechanism for his tremolos. Given that Fair Warning was the first tour which featured songs in Drop D tuning, Ed needed dedicated guitars tuned and clamped to Drop D, which would allow him to quickly swap tunings between songs as necessary. 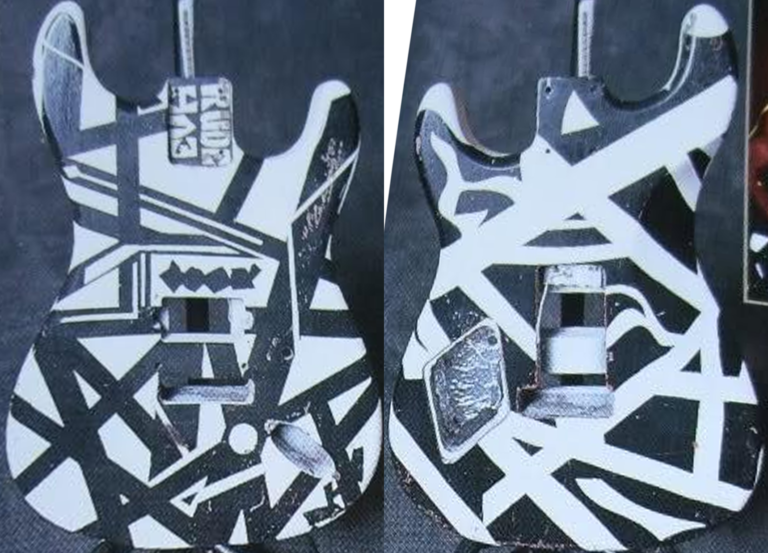 Fully disassembled, front and back

The body, as stated above, was a 2″ thick Mahogany Strat style body made by Lynn Ellsworth. Ed fancied this as an ‘upgrade’ to, in his mind, offset the ‘thin’ tone of the early Floyd Rose tremolos. It was originally assembled with a Boogie Bodies neck, Floyd Rose FRT-1, and melted/crudely potted DiMarzio PAF humbucker partway through the 1981 tour.

Near the end of the tour, approximately late September, 1981, Ed took the Boogie Bodies neck off and replaced it with a modified Danelectro neck. 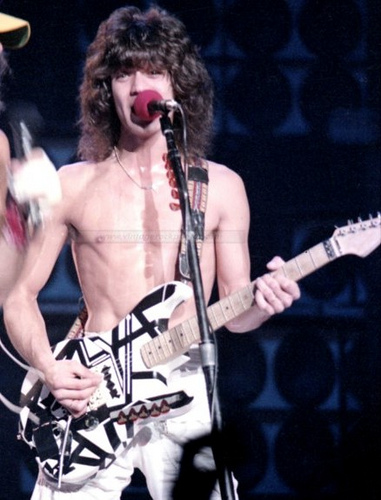 EVH RUDE with the original Boogie Bodies neck.  This neck would later briefly be seen on the Frankenstrat in September, 1981. 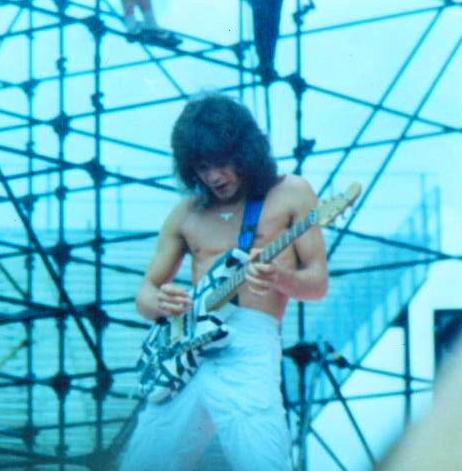 At the same time that the Boogie Bodies neck was moved to the Frankenstrat, the RUDE would sport a Danelectro neck with a modified headstock.  This neck would also later be seen on the Frankenstrat in early 1983.

The guitar is seen at the Fender factory in 2011 with a modern Floyd Rose, gold pickup ring, gold input jack, 2007 EVH Masterbuilt ‘Frankenstein’ replica neck, and an EVH Wolfgang pickup.

Being inspected by Wolfgang Van Halen’s staff prior to the video shoot for “Won’t Back Down.”  The guitar still seems to feature similar hardware as 2011, though the volume knob, jack plate, and pickup mounting ring have been replaced.

Photo: Screenshot from the “Won’t Back Down” music video by Mammoth WVH