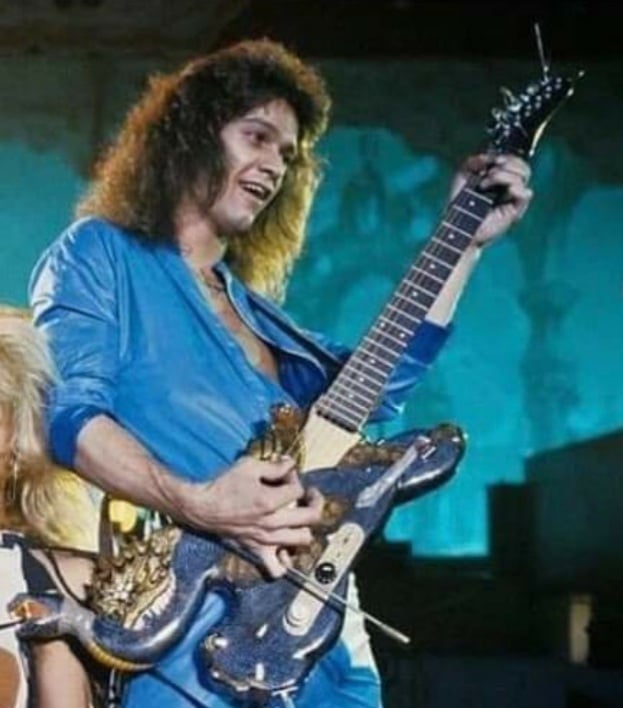 The guitar was eventually carved into the “Dragonsnake” guitar with a modified Danelectro neck placed on it.

Eddie’s Charvel explorer was a backup during the 1978 tour and is originally seen with a black body and Danelectro neck.  Ed supposedly received the guitar sometime in 1977.  Eventually, it was recarved into the “Dragonsnake” guitar (also called, “Dragon” or “Snake”) in 1979.

At some point, the Dragonsnake version also sported the same Boogie Bodies neck seen on the black/white incarnation of the Frankenstrat.  Furthermore, it also had the same neck once seen on the Bumblebee guitar!

The last known photos of the guitar were in 1992 during a photoshoot. 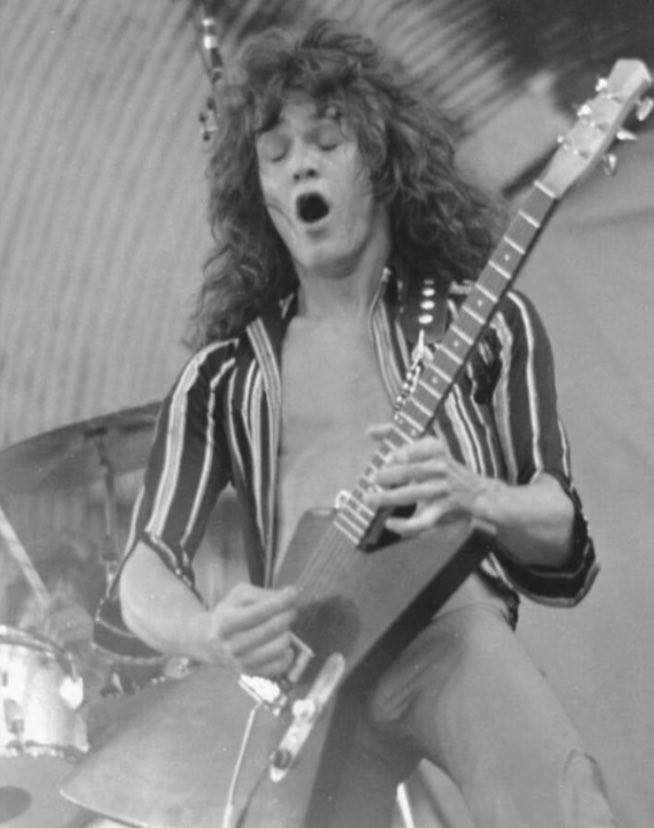 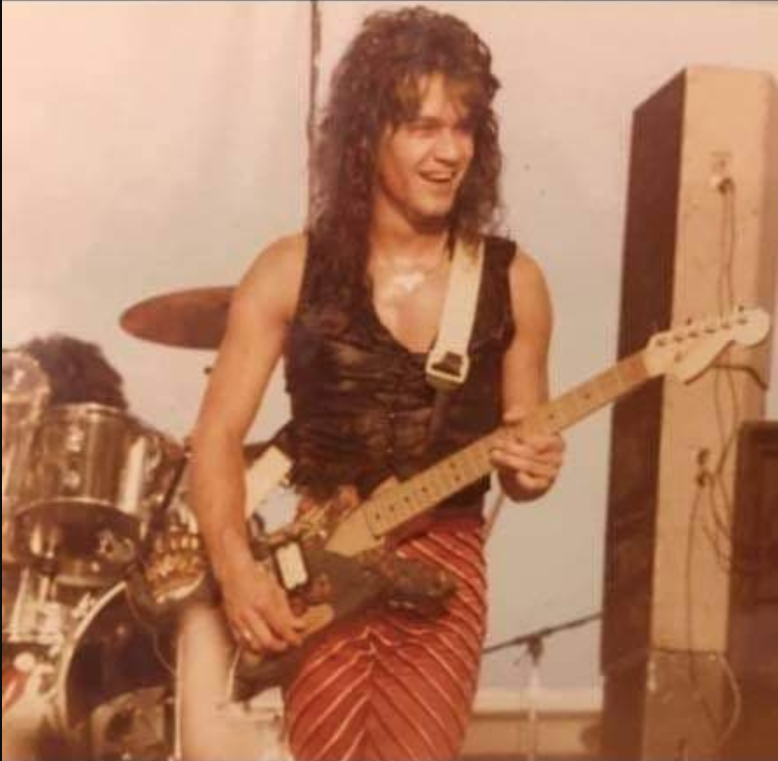 Modified Danelectro 56 U1 neck, also known as the “dolphin neck.” 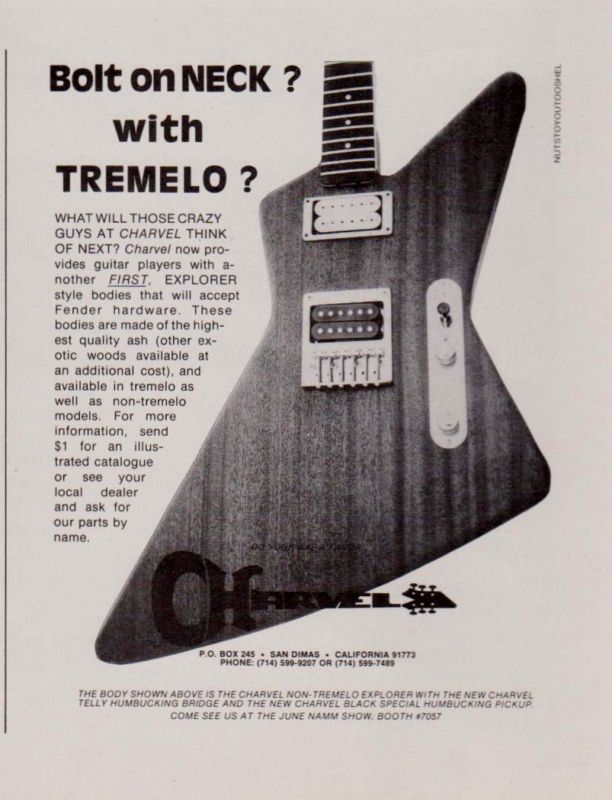 An ironic ad from 1978 showing a Charvel explorer with a Danelectro neck.  Upon Grover Jackson buying out Charvel on November 1978, they did not have the tooling to create necks until October 1979.  Hence, why there may be a Danelectro neck in this ad (of course, almost no one would notice this). 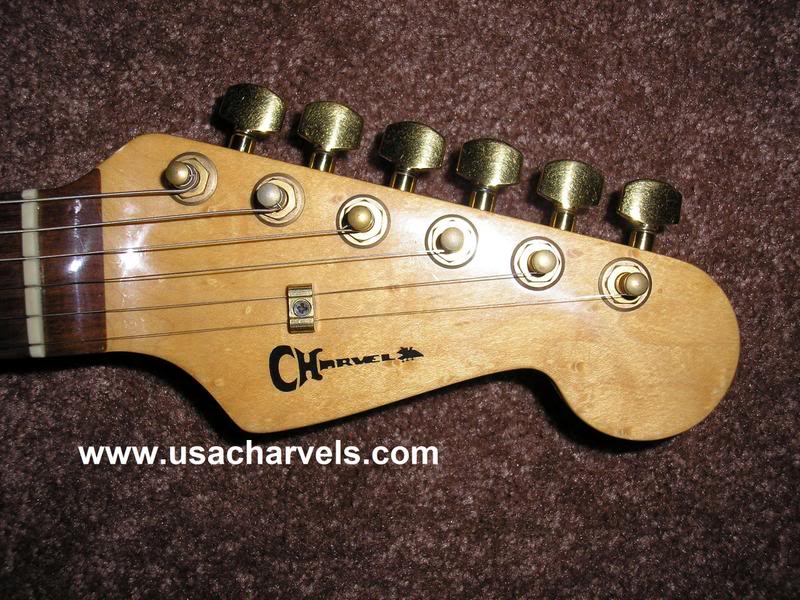 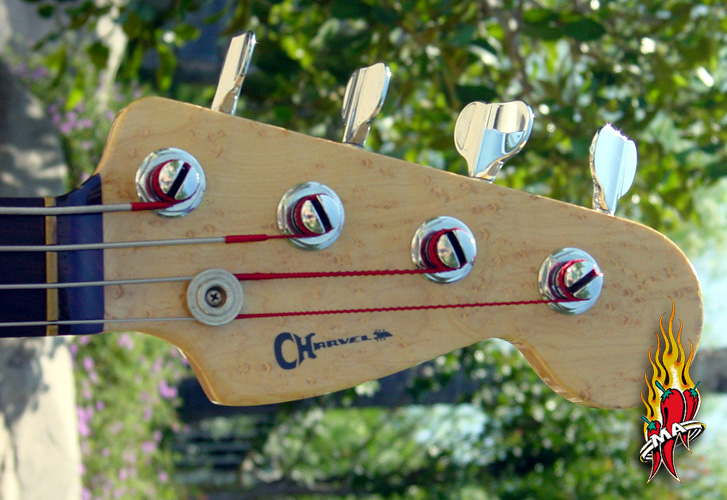 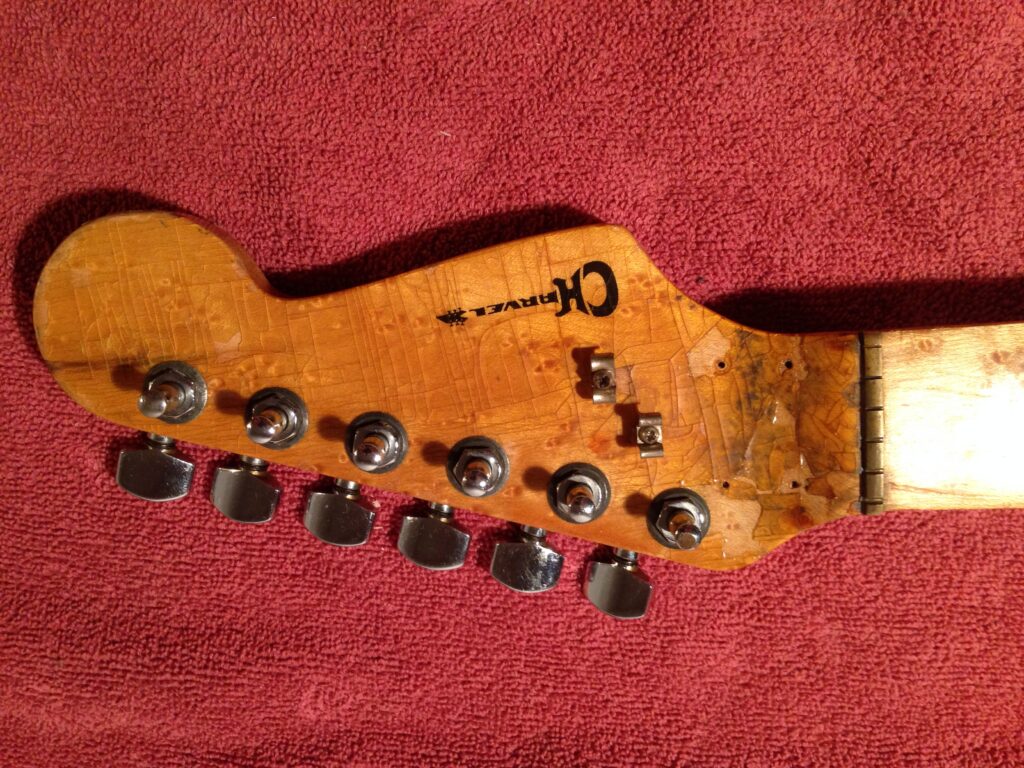 Above are examples of 1979 Charvel logoed Boogie Bodies necks.  Notice the extended fretboard near the nut.  That is a tell-tale early Boogie Bodies identification.  The necks are also stamped “Boogie Bodies” in the neck pocket with a script logo.  These necks give evidence that Grover-operated Charvel did could not initially make their own necks (contrary to popular belief) until approximately fall 1979. 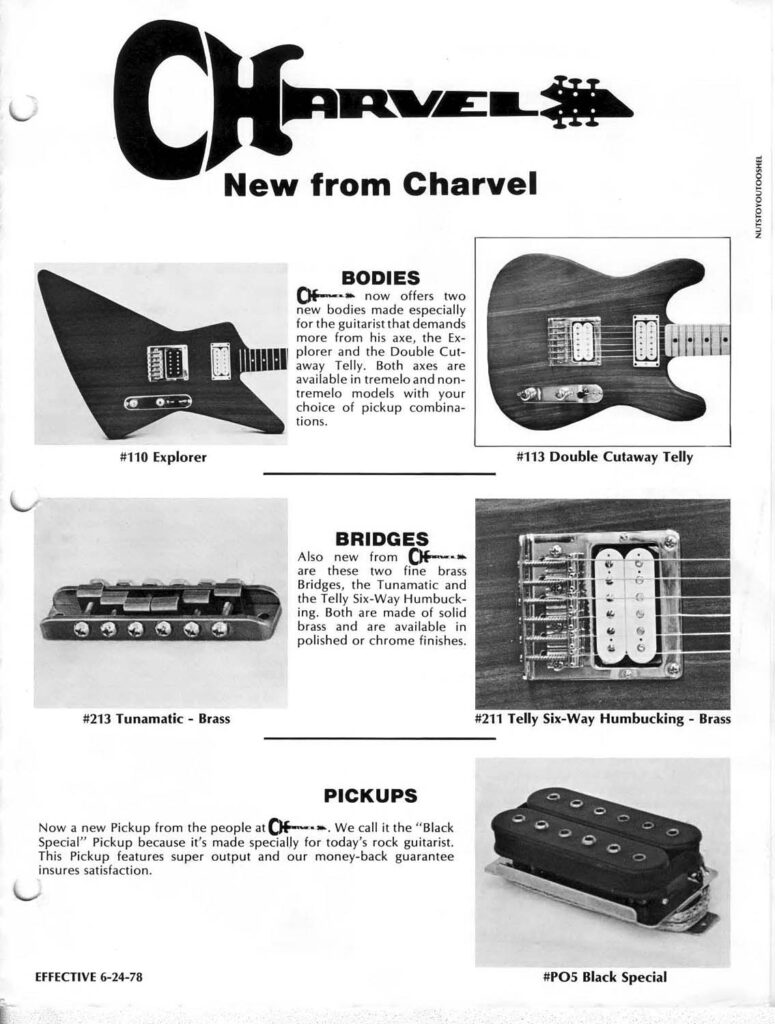